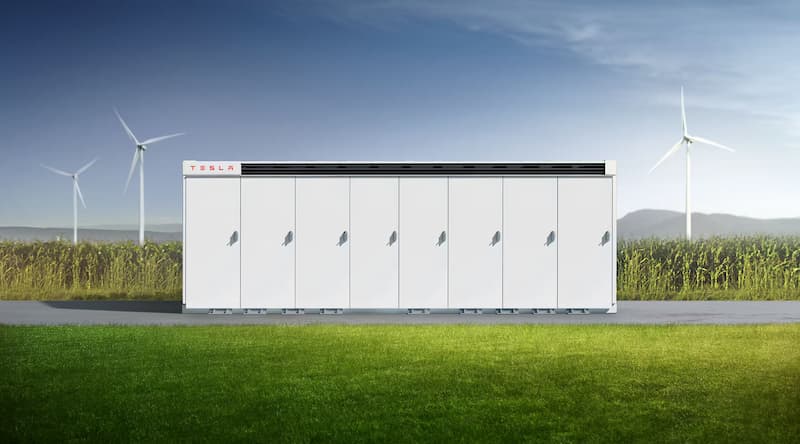 Utilities love the Megapack because it provides and off the shelf, easy to install battery storage system that can provide Gigawatts of storage at an affordable price.

So, if you want to learn more about the Tesla Megapack, you have come to the right place!

The first question you might have are what are the specifications of the Tesla Megapack?

The exact price of a Tesla Megapack project will depend on the total capacity and the location. However, by making use of the Tesla Megapack design page you can get an approximate price per Megapack.

1 Megapack costs approximately $1.35 Million to install in California. While a the largest Megapack installation of 3GWh in California brings the price down to $950k per Megapack.

So, you can see that the more Megapacks you order, the cheaper it gets. The location contributes to the project costs, however the overall scale of the project plays the largest role in the price when larger numbers of Megapacks are involved.

Where Have Megapacks Been Installed?

The world’s biggest battery was installed in Hornsdale, South Australia in 2017. Musk helped South Australia solve a developing energy crisis at the time providing them with 129 MWh and 100 MW. It has since been expandedto 194 MWh at 150 MW in 2020.

Following behind South Australia, Victoria, the home state of Melbourne, has also added a big battery with a larger capacity of 250MW of peak power.

Moss Landing has one of the biggest Tesla Megapacks to date with a capacity of 182.5 MW of power and 730 MWh. This is one of many that the local energy company of PG&E are likely to be installing in the face or rising gas peaker plant prices.

Another smaller California system was opened in Saticoy, with a capacity of 100MW / 400MWh. The company that owns this has many more in this state and Nevada to come.

More recently, an over 100MW project was created outside of Houston for Gambit Energy using the Tesla Megapack.

Not to be left behind, the UK is also catching on to the Megapack’s utility and are installing 99MW / 198MWh in Essex.

The Tesla Powerpack is a home or business sized solution for energy storage. In comparison, the Megapack is a larger, utility scape power storage solution usually in the MWh to GWh range. The Powerpack has a capacity of 232 kWh whereas the Megapack has around 3MWh per unit.