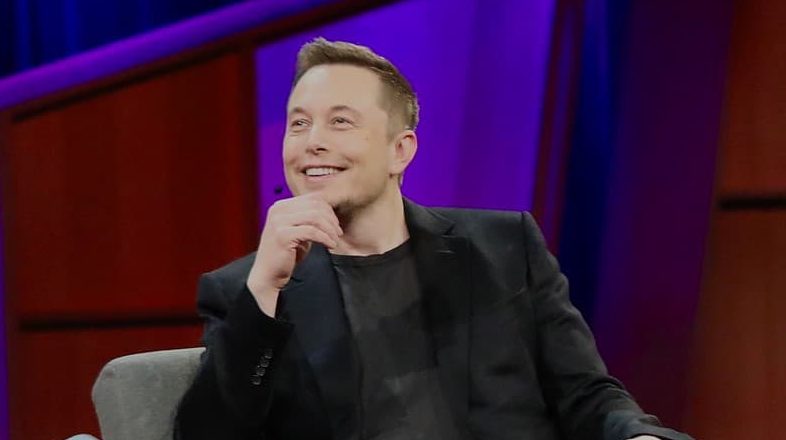 Elon Musk seems to be everywhere these days.

Whether it is front and center on Twitter, with his millions of Twitter followers, presenting at tech and leadership conferences, or the Annual General Meeting of Tesla.

Not only that, but he has managed to make his way onto mainstream media with appearances on the Big Bang Theory, and more recently, Saturday Night Live! Who would have thought?

Robert Downey Jr has also said that he was also the inspiration for his role as Tony Stark in Iron Man.

So, maybe you are wondering where Elon Musk came from? Or where he got started? How much he is worth? Or how much of Tesla he owns?

In this post, we have got your covered. With all the interesting facts about Elon Musk you could hope for!

How Much Is Elon Musk Worth?

Elon Musk’s net worth is over $300 billion with a combination of Tesla stock and SpaceX stock contributing to this. This makes Elon Musk the richest man in the world, on paper anyway.

How Many Tesla Shares Does Musk Own?

Elon Musk owns approximately 166 million shares of Tesla, which is approximately 7% of Tesla. Elon is the largest shareholder in the company and will continue to get more shares as part of his compensation package over the coming years.

How Much Bitcoin Does Musk Own?

Musk has never formally declared all his Bitcoin holdings, however, he has stated that he owns some Bitcoin, Etherium and Dogecoin. However, his largest holding is in Bitcoin.

The only other information he has given back in May was that he had 0.25 Bitcoin at that time. Which is worth around $15k.

How Much Does Elon Musk Earn Per Second?

As of 2020, Elon Musk does not actually take a salary from Tesla. As such, he does not officially earn anything.

So, if you are wondering how a billionaire like Elon actually makes money – it is via his shares in Tesla. He rarely sells any, because he is committed to the company. So, in order to get cash to live, he usually has to take on debt against his Tesla shares.

How Many Companies Does Musk Have?

Elon Musk currently has four companies. They are Tesla, Space Exploration Technologies (aka SpaceX), Neuralink and The Boring Company.

His main focus right now is on SpaceX, with Tesla, the producer of electric cars and solar, being the second largest part of this time. Neuralink and The Boring Company are small projects for Musk.

The Boring Company has already completed their first project at the Las Vegas Convention Center.

When Did Elon Musk Start Tesla?

Tesla, formerly Tesla Motors, was officially founded in 2003. However, Elon Musk did not found the company, he joined it in 2004, investing a whopping $30 million at the time.

He started out as a member of the board, but has since become the Tesla CEO.

Where Was Elon Musk Born?

Don’t let his American accent fool you! This is another one of those fun facts about Elon Musk.

Where Did Elon Musk Study?

A few years into his studies in Ontario he transferred to the University of Pennsylvania to complete a Bachelor of Economics. He then studied for another year to obtain a Bachelor of Physics. Both degrees have helped him greatly in his startups.

During his studies, he had done an internship in ultra-capacitors which probably lead him to apply for the doctoral program at Stanford University in California. After moving there in 1995 to start his Ph.D., Musk dropped out just 2 days in to get involved in the internet boom that was happening.

What Was Elon Musk’s First Company?

After dropping out of Stanford, Musk jumped straight into tech. Musk created started his first company Zip2 Corporation. Zip2 was Musk’s idea of replacing the Yellow pages online and to help businesses get found online.

He started and ran this business from 1995-1999, along with his younger brother, Kimbal Musk, and a friend, Gregory Kouri. They sold the company to Compaq Computers in 1999 for the hefty sum of $307.

Although the above is technically the first company from Musk, some would argue that the stage was set when he created a video game when he was 12. He sold it for $500, which was a large sum for a kid back in those days!

His Role in Paypal

The history of Paypal is an interesting one because it started out as an online banking company called X.com in 1999. A domain name that Musk owns to this day!

X.com was revolutionary at the time because it was one of the first online only banking companies. In many ways, way ahead of its time. Musk and his investors, of which there were many, struggled to gain the trust of their customers, despite the initial fast traction he got.

When Did Musk Start Paypal?

Musk’s company X.com merged with Conformity, the owner of the original Paypal software in March of 2000. Later that year, Musk decided to rebrand the whole company as Paypal and focus on payment transfers instead of online banking.

Paypal as we know it was born!

How Much Money Did Musk Make on Paypal?

Paypal boomed after it was formed in late 2000 and was eventually acquired by eBay in June of 2002 for $1.5 billion.

Musk made $165 million from his portion of the sale of Paypal to eBay.